Best of the Pantanal

Northern and Southern portions of this unique biome

The numbers are impressive: 93 reptile species, 122 mammal species, around 300 species of fish, over 600 bird and 1032 butterfly species have been registered in the Pantanal so far, according to the WWF. In the heart of South America, the largest tropical wetland on Earth may not be as famous as the neighboring ecosystem to the north, the Amazon, but the absence of hills and big trees allows for the spotting of many more animal species throughout its 96,525 square miles area.

In the northern portion of this fascinating biome, we take wildlife photographers and admirers close to the main draws to the region. The caimans here measure as long as 8 feet, the anacondas are over 15 feet in extension and the jaguars, “el tigre de las Americas,” are known to weigh over 330 pounds. And there are plenty of giant otters, capybaras, tapirs and birds. 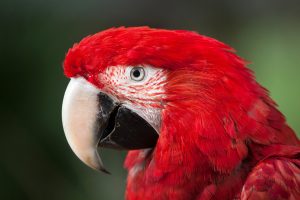 It doesn’t matter if you’re in the northern or southern section of this landscape: there will be birds everywhere. Heading south, the expedition leaves the flooding area on a drive to Bonito. This small town was christened after the crystalline waters of its rivers and waterfalls. But there is an even greater attraction for wildlife admirers: the Macaw Sinkhole (Buraco das Araras), an astonishing natural observatory where you can photograph red-and-green macaws from above while they take flight.

This is only possible because the macaws use the sandstone walls for roosting and nesting. And our observation point is located at the top of one side of this huge hole in the ground. There’s probably no other place in the world where a photographer can capture such beautiful red macaws in action and with those photogenic brown walls in the background. It’s simply amazing – and the best way to wrap up an immersive experience in this veritable Garden of Eden for wildlife lovers.

Arrival at Cuiabá airport (CGB). Transfer to the hotel, check-in and overnight. Cuiabá is the capital of the state of Mato Grosso and is served by daily flights from São Paulo, Rio de Janeiro and other Brazilian hubs.

After breakfast, we’ll drive to Poconé, the last town before we get on the Transpantaneira park road. Since we drive through the Transpantaneira there are great chances to see the Pantanal’s wildlife such as ringed kingfisher, American wood stork, marsh deer and more. Usually our first stop is the Piuval lodge, an old ranch with 7.000 ha. In this place we have the chance to visit different ecosystems of the biome Pantanal, open grassland, beautiful trails into the forests and nice roads for a driving game. Piuval lodge is home for hundreds species of birds, mammals and also every year jaguars are spotted there, nests of hyacinth macaw around and inside the forest, and definitely the best place to photograph the giant anteater in the Northern Pantanal.

After morning activities and lunch, we’ll depart for Porto Jofre (3,5 hours driving), our base for the next few days. We can make a few stops along the way to photograph the wildlife. Porto Jofre is the end of the Transpantaneira park road and the edge of the Cuiabá river. This is the home of the largest cat of the Americas, the mighty Jaguar.

Full days dedicated to navigate through the Cuiabá river and its tributaries in search of the Jaguars and the riverine fauna. Here you will spend some time on a skiff with an experienced local naturalist, who will wind you through a maze of waterways, deep into jaguar territory for very dependable sightings, positioning the boat for the best angle to afford you fantastic viewing and photo opportunities. Although the focus of this tour is on Jaguars, you will also see and photograph some rare and iconic species, such as Giant River Otter, Neotropical Otter, Tapir, Yellow-Billed Tern, Black Skimmer, Herons, Anaconda and much more!

Driving back on the Transpantaneira road to a new lodge which is a cozy place settled inside a deciduous forest just beside a “corixo” and Pantanal Chanel, where we’ll be surrounded by lots of birds! Key species: Woodpeckers, Woodcrepers, Parrots and Parakeets, Agami Heron and Marmosets.

Early morning check-out and drive back straight to the airport in Cuiabá. Departure to Campo Grande (1:15h), the capital of the state of Mato Grosso do Sul. Arrival and transfer to Aguapé lodge. We will drive approximately 3:30h. Close to the lodge there are great chances to photograph the most iconic animal of this region and our main target there, the Giant Anteater.

Early breakfast watching and photographing the birds on the feeders including the Toco Toucan. Later we will drive through the ranch photographing some of our targets: Giant Anteater, Southern Tamandua, Nine-banded Armadillo, Yellow Armadillo, Pampas Deer, Blue-and-Yellow Macaw, Peccaries, Chestnut Eared Aracari and much more. After lunch there are good chances to watch birds around the lodge.
In the afternoon we will use the same strategy, driving around in an opened car looking for the best wildlife photo opportunities.

In the morning we will drive around 3h to the Bonito region. Lunch will be served at Rio da Prata. Later visit the famous Buraco das Araras, a sandstone sinkhole where the Red-and-Green Macaws stay all day long flying around and inside providing great photographic opportunities! At the end of the day we will drive for 45 min to the town of Bonito for dinner and overnight. Key species of the day: Red-and-Green Macaw, Lineated Woodpecker, Blue-and-Yellow Macaw, Amazonian Motmot, Peach-Fronted Parakeet.

Today we will visit the Buraco das Araras again looking for new photo opportunities of the macaws. After lunch, drive to the airport in Campo Grande. Departure to São Paulo or Rio de Janeiro and connections.